Dr. Peters is Professor of Psychology, Director of the Decision Sciences Collaborative, and Professor of Medicine in the Department of Internal Medicine (by courtesy) at The Ohio State University. She conducts basic and applied research in judgment and decision making. She has worked extensively with the U.S. National Cancer Institute and Food and Drug Administration to advance the science of human decision making as it applies to health and health policy. She is former President of the Society for Judgment and Decision Making, former Chair of FDA’s Risk Communication Advisory Committee, and is a current member of the National Academies committee on the Science of Science Communication. She is a Fellow of the American Psychological Association, the Association for Psychological Science and the Society of Experimental Psychology. She was the first American to receive the Jane Beattie Scientific Recognition Award, and she has been awarded an NIH Merit Award. Her research has been funded extensively by the National Science Foundation and National Institutes of Health. 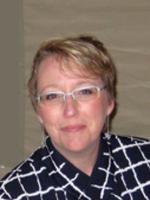